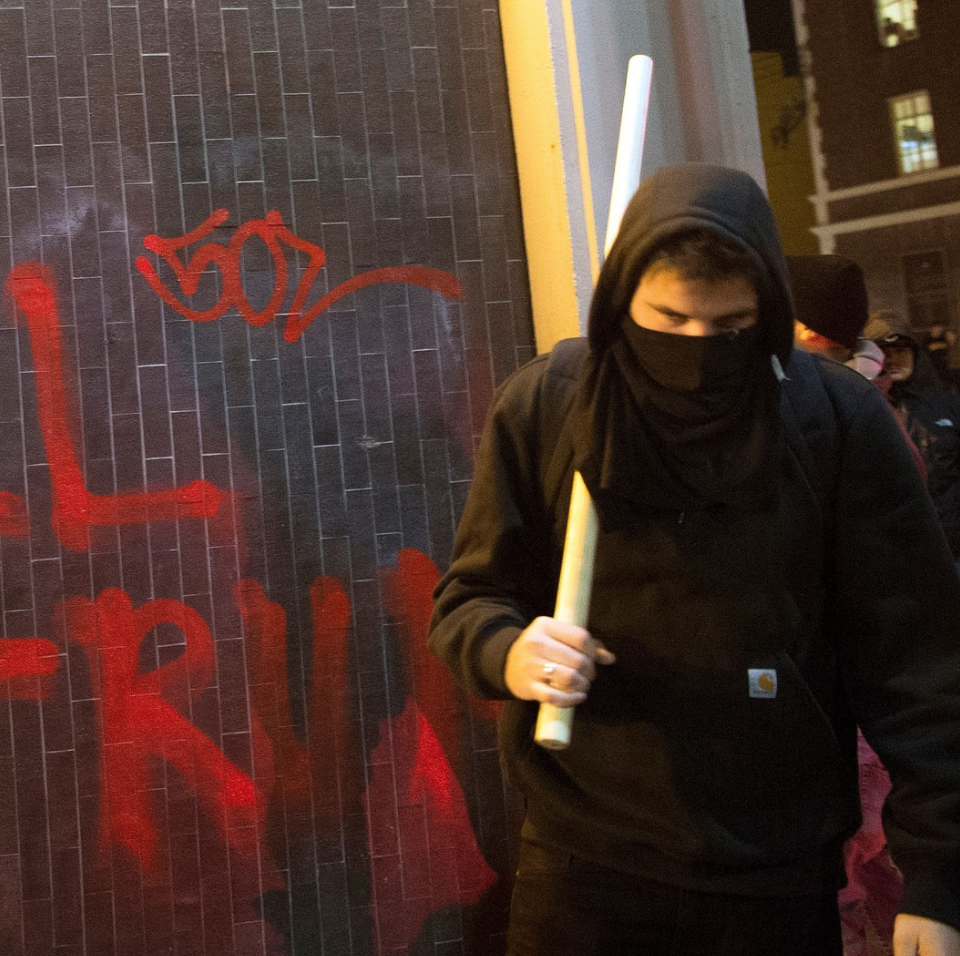 Violence Will Only Hurt the Trump Resistance

Erica Chenowith writes: “black bloc tactics often hurt the causes that these activists claim to be fighting for. While violent flanks have sometimes produced short-term tactical advantages, they often come with painful long-term costs for movements seeking change—and the communities they purport to represent. The historical evidence in support of this conclusion is worth considering as the Trump resistance builds.

“Studies show that once violent flanks appear, the size and diversity of participation in otherwise nonviolent mass movements declines—particularly among women, children, the elderly, people with disabilities, and marginalized or at-risk communities.”