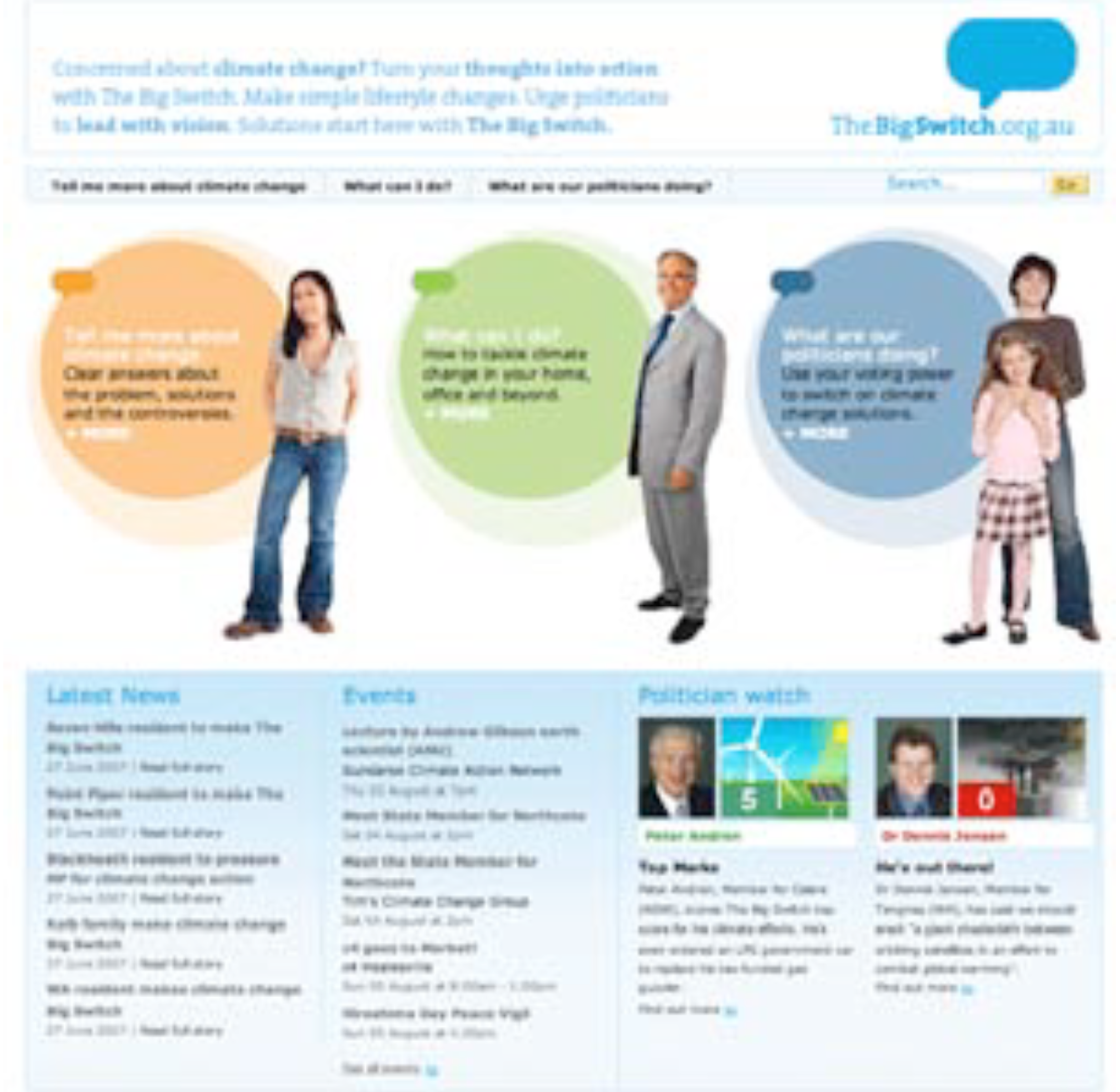 What will it take to create a strongly networked, strategic and powerful Australian climate movement? How can the Internet help build this movement? How can online organising bridge the gaps between grassroots and NGO activists, between environmentalists and other citizens concerned about climate change, and between the rebels, reformers, citizens and change agents in this crucial people’s movement.

These questions guided the Change Agency’s climate action research project. Between June and September 2008, we interviewed and surveyed approximately 200 climate activists. This report summarises their insights and experiences, and argues the case for changes in how the movement utilises online tools and for more significant changes.