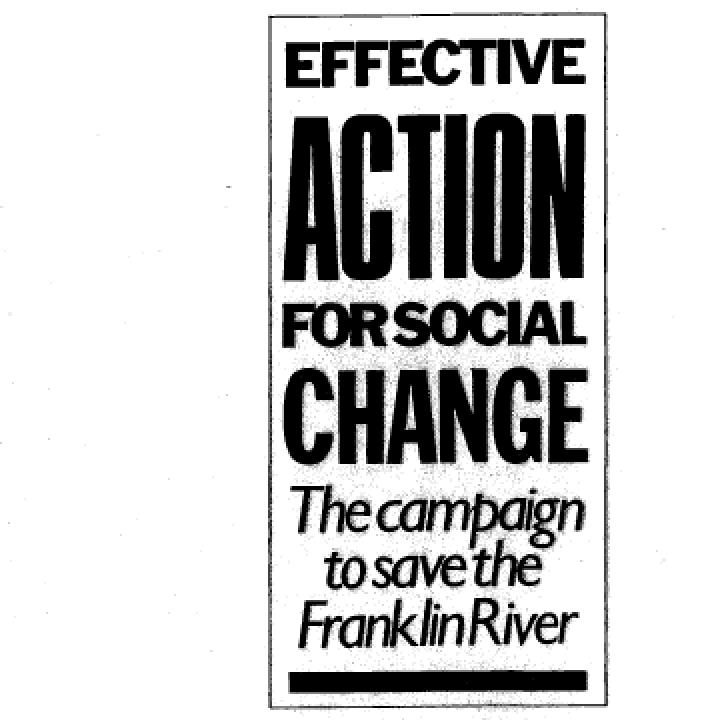 “Too often activists only develop critiques of campaigns which fail. This implies that successful campaigns use the best of all possible strategies and tactics, and that the reasons for success are clear to all onlookers. Even a quick look at the Franklin Campaign shows that it could have been better. A glance at the civil disobedience ‘blockades’ at Roxby Downs, Daintree and Errinundra, that followed in a spate after the Franklin, shows that few participants in those actions understood the model provided by the Franklin Blockade or by the campaign of which the blockade was part. Few people realise that inherent in a protest like the Franklin are long lead-times, and endless tasks, dilemmas, stress, and conflict. We hope this bok will dispel some of the myths about the Franklin, and that it will assist organisers in other social change campaigns.”