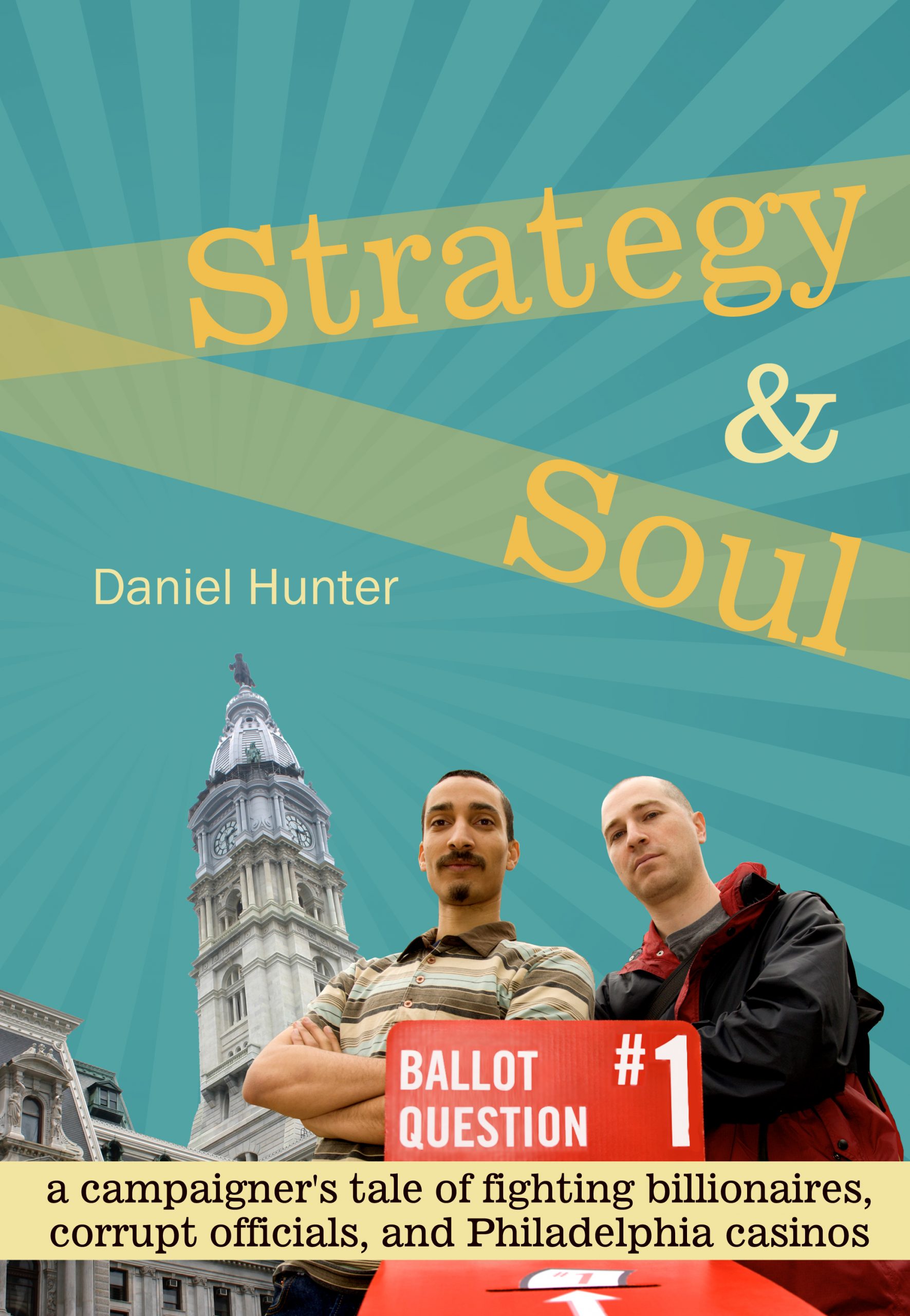 When Daniel Hunter and Jethro Heiko began planning at a kitchen table, they knew that their movement would be outspent by hundreds of millions of dollars. They were up against powerful elected officials, private investigators, hired thugs, and the state supreme court. Even before they started, newspapers concluded the movement had no chance. This riveting David versus Goliath story is a rare first-person narrative, giving unparalled access to the behind-the-scenes of campaigns: the fervent worrying in late-night meetings, yelling matches behind church benches, and last-minute action planning outside judges’ chambers. It’s in the heat of these moments that the nuances of strategy come to life, showing what it takes to overpower billionaires for a cause you believe in.

Written by an experienced and unusually self-reflective direct action organizer, this book might be the most enjoyable way you’ve ever empowered yourself to change the world.

Order this book online through Amazon or CreateSpace.