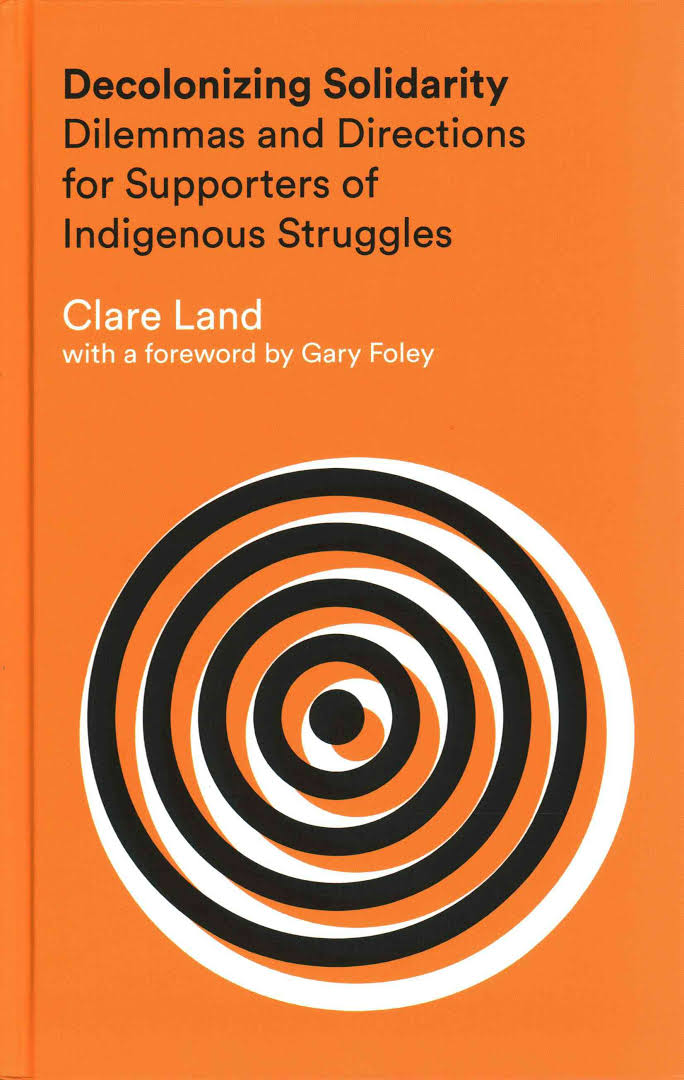 Decolonizing Solidarity: Dilemmas and directions for supporters of Indigenous struggles

In this highly original and much-needed book, Clare Land interrogates the often fraught endeavours of activists from colonial backgrounds seeking to be politically supportive of Indigenous struggles. Blending key theoretical and practical questions, Land argues that the predominant impulses which drive middle-class settler activists to support Indigenous people cannot lead to successful alliances and meaningful social change unless they are significantly transformed through a process of both public political action and critical self-reflection. Based on a wealth of in-depth, original research, and focussing in particular on Australia, where – despite strident challenges – the vestiges of British law and cultural power have restrained the nation’s emergence out of colonizing dynamics, Decolonizing Solidarity provides a vital resource for those involved in Indigenous activism and scholarship.

Clare Land is a non-Aboriginal activist and researcher who has been involved in supporting Aboriginal land rights struggles in southeast Australia since 1998. She works in the Koori history archive of Gary Foley (a long-time Aboriginal activist and historian who wrote the foreword to the book), and at the Reichstein Foundation, one of Australia’s most innovative philanthropic foundations. She volunteers on 3CR, a left-wing community radio station in Melbourne, Australia. See more here >