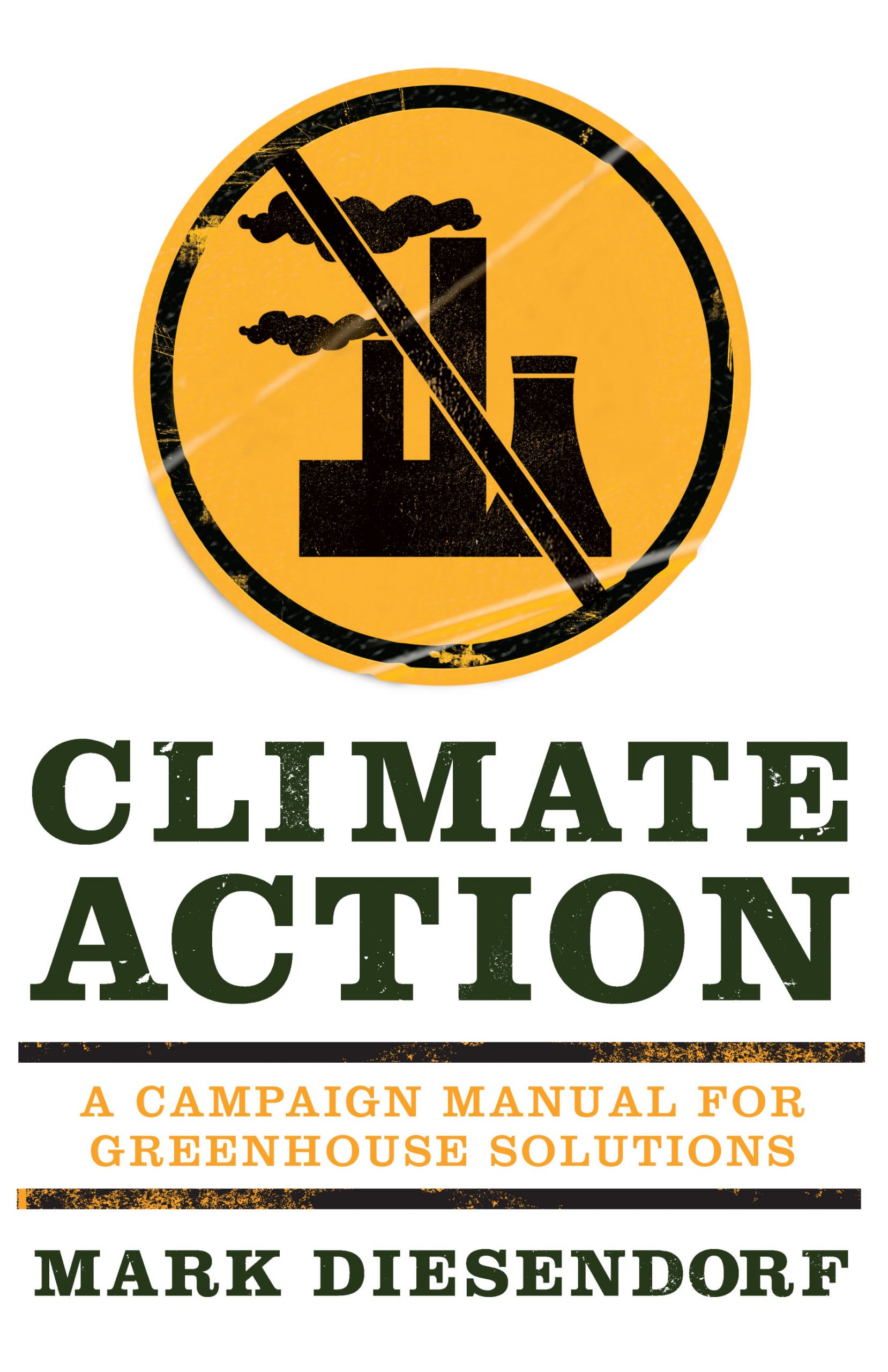 “The word academic is synonymous for irrelevant”, declared Saul Alinsky, the influential Chicago activist-educator. A notable exception to Alinsky’s rule is Mark Diesendorf, author of ‘Climate Action: A campaign manual for greenhouse solutions’. Diesendorf is Deputy Director of the Institute of Environmental Studies at the University of New South Wales.

Alinsky would admire Diesendorf’s academic activism. He’s an outspoken critic of the Rudd Government’s proposed Carbon Pollution Reduction Scheme and the Australian bargaining stance in Copenhagen. He accuses the Australian Government of ‘posing as an active proponent of climate action’. In recent months, Mark has gone head to head with Tony Abbott over the Liberal leader’s support for nuclear power as a remedy to climate change, arguing that, ‘The two biggest threats facing human civilisation in the 21st century are climate change and nuclear war. It would be absurd to respond to one by increasing the risks of the other.’ He has also challenged the powerful Australian Coal Association, asserting that in just 20 years, Australia could entirely replace coal with less polluting energy sources.

In mid-2009, Diesendorf added Climate Action to his impressive list of almost 80 publications including the popular, Greenhouse Solutions with Sustainable Energy (2007). The new book has been well received.

Climate Action is an accessible, cogent and timely addition to the growing library on climate change pressures and potential solutions following George Monbiot’s Heat (2006), Ian Lowe’s Living in the Hothouse: How Global Warming Affects Australia (2005), David Spratt and Phillip Sutton’s (2008) Climate Code Red: The case for a sustainability emergency, and Clive Hamilton’s Scorcher (2007) and Running From the Storm (2001). Like Hamilton and Monbiot, Diesendorf exposes the influence of the coal lobby – the faceless men in black who have been known as the ‘Greenhouse Mafia’ since Guy Pearse’ revealing whistle blowing on ABC’s 4 Corners and his 2007 book, High and Dry: John Howard, Climate Change and the Selling of Australia’s Future. Like Hamilton and Monbiot, he writes as both a policy expert and an activist.

The book is well structured. Disendorf opens with ‘Threat and hope’, a chapter presenting the case for decisive action on climate change. His second chapter dispels seventeen fallacies promoted by the ‘Greenhouse Mafia’. Readers will recognise many of these fallacies. We hear and read them each day in statements from conservative politicians, right wing think tanks such as the Lavoisier Group and the Institute of Public Affairs and commentators including Andrew Bolt and Miranda Devine. This year, we can even vote for candidates who promote these fallacies. A ‘climate sceptics’ party recently formed. I had a nagging concern, reading the fallacy section, that I have unconsciously accepted some of these myths. Not as reality, but as entrenched obstacles. Mark’s strident critique is valuable; the fallacies need to be dispelled.

Chapters 3 and 4 present Diesendorf’s prescriptions for technologies and policies to stop global warming. These chapters are perhaps the author’s most important contribution: plain English expert analysis. Citizens seeking to engage actively in the policy debate need a sophisticated and expanding knowledge of policy and technological options. Mark’s expertise is unquestionable. He was previously Professor of Environmental Science at the University of Technology, Sydney, a principal research scientist with CSIRO, Professor of Environmental Science at UTS and founder-director of the Sustainability Centre, a company committed to promoting ecologically sustainable and socially just development. Importantly, the policy section tackles population growth and culture, factors that receive inadequate attention.

I especially appreciated  Chapters 5 and 6, where Mark turns his attention to strategies and tactics for the climate movement. As Director of the Change Agency, I’ve worked with climate action groups, networks and alliances for several years. In this work, I’ve observed Mark to be a valued adviser, critical friend and participant in Australia’s growing grassroots climate movement. He draws on extensive personal experience as well as traditions of activist education to weave together useful advice on the craft of community organising: how to build and mobilise groups and movements; the challenges of campaign communication and framing, public outreach and political engagement; and in selecting and deploying nonviolent tactics. These chapters provide a ‘Climate Activism 101’ overview and introduce readers to the world of activist education including the Midwest Academy’s excellent Organizing for Social Change, the Movement for a New Society’s Resource Manual for a Living Revolution, Saul Alinsky’s Rules for Radicals, and Bill Moyer’s Movement Action Plan. These texts are influential in Australian social movement groups. Popularising these texts and the idea of social movements that continuously learn is a useful contribution. Climate Action’s prescriptions for the climate action movement also draws inspiration from figures such as Martin Luther King Jr and César Chávez, social movements and campaign case studies, and the work of academics and sociologists including Ros Taplin, Nina Hall, Tim Doyle, Sharon Beder and nonviolence theorist Gene Sharp.

This will be a popular and useful text for Australians drawn to climate action and activists who have already joined the movement.

I look forward to Mark’s future contributions. I think the panoramic scope here – encompassing the breadth of a very complex problem, offering detailed policy solutions and social movement prescriptions – resulted in a loss of depth. For this text to have realised its potential as a manual, Mark might have set aside some of his interesting pieces for another project. There was a degree of cutting and pasting from sources that, while interesting, were not integral (for instance, the Wingspread Principles in Chapter 5). Instead, I would have appreciated a more considered application of Movement Action Plan and the Midwest Academy’s approach to strategising and community organising. At the same time, the inclusion of Nina Hall’s analyses of the climate action movement in the USA and UK provided useful context.

Alinsky’s harsh generalisation about academics overlooks the role of movement intellectuals such as Mark Diesendorf. In Climate Action, Mark describes the Greenhouse Mafia in terms of a Chess opponent with “few very powerful pieces” while the climate action movement has “a variety of less powerful ones, knights, bishops, scholars and countless pawns”. The movement values this scholar’s contribution.

[This book review was written by James Whelan for the Australian Journal of Environmental Management.]