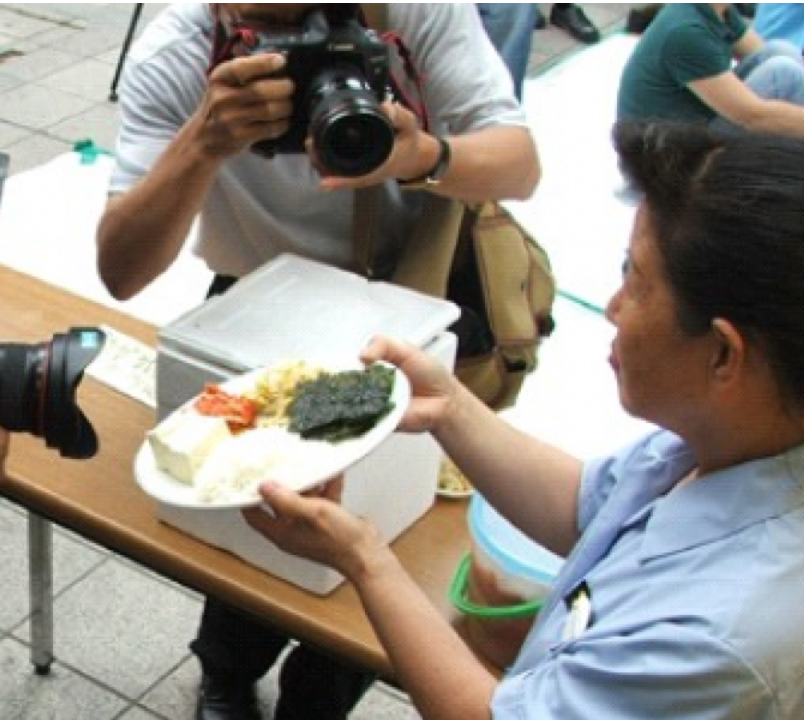 We love the New Tactics for Human Rights website, especially their catalogue of innovative tactics that includes case studies of each tactic. This month’s featured tactic is building public and media awareness to change the minimum wage and policy for sub-contract workers

“It became clear that the minimum wage system did not protect workers employed in small and medium sized businesses; instead, the system was misused so that workers earned lower wages. The KWWAU held a conference to publicize the survey results and to discuss ‘How to Improve the Minimum Wage System from the Perspective of Unorganized Workers,’ and to publicize the problems of the ‘unrealistic’ minimum wage system.

“In order to illustrate the gravity of the low wages, KWWAU staged a performance event called ‘Lunch with Yong-Hee’ in front of the Korean Assembly. They prepared Yong-Hee’s 944 KRW meal (about USD 0.60) and shared it with 60 participants at the performance. Participants included reporters from the media. The performance was so successful that it was reported in nearly all newspapers and broadcast on two major television news programs during prime time.”