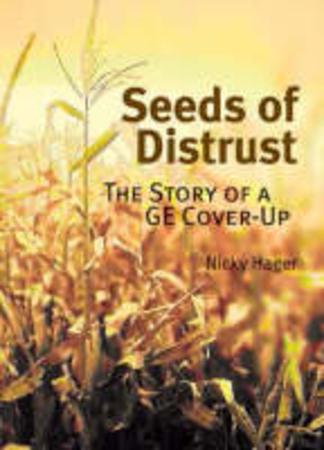 Seeds of distrust: the story of a GE cover up

In November, 2000, in the middle of the Royal Commission on genetic engineering, the Government learned that a shipment of GE contaminated sweet corn seeds had been planted in three regions of New Zealand. Imposing strict secrecy, Prime Minister Helen Clark took control of the issue and said that the crops must be pulled out. It is a story about the anti-democratic influence of big business, political expediency, abuse of power, manipulation of the news media and misleading a Royal Commission. Above all, it is about a serious breach of trust by the very people who had been saying ‘trust us’ over genetic engineering in New Zealand.

$10 including postage within Australia (rrp $25)