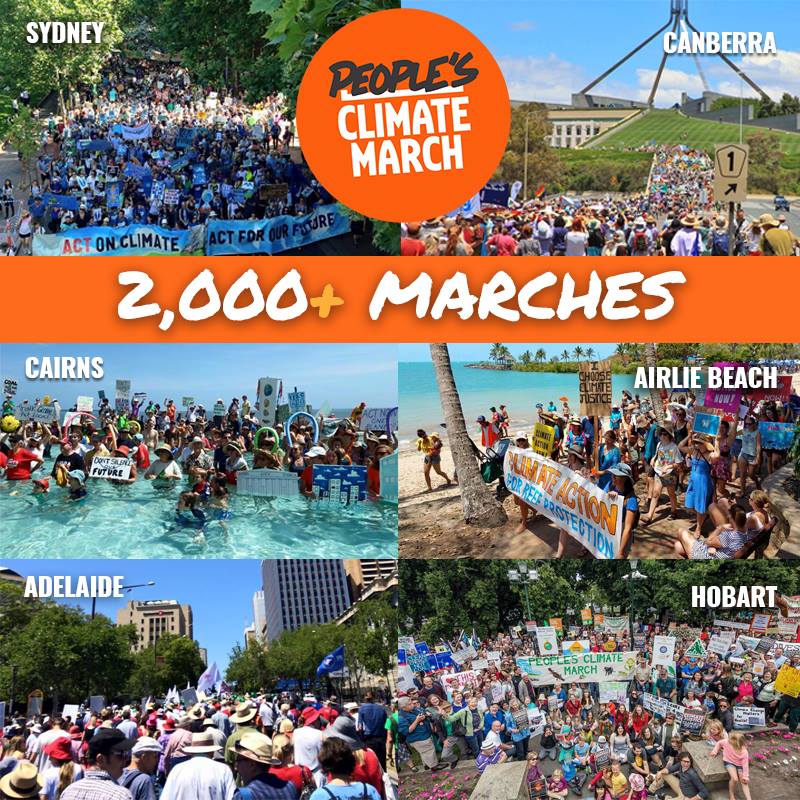 Graduates of our Community Organising Fellowship played key leadership roles in the People’s Climate March in November. Around the world, three-quarters of a million people marched to encourage their leaders to take strong commitments to Paris. Marches were held in 50 cities and towns right around Australia. Their leadership speaks volumes about the impact of the Fellowship… and about what amazing folks we’re privileged to work with.

Thea Ormerod spread the word with people of faith in Sydney and other capital cities. The Sydney March included about 5,000 people from faith communities. Many learnt about the March through Thea’s organisation, the Australian Religious Response to Climate Change and Migrante, a Filipino network. Thea organised the painting of some of the larger banners and people to carry them. Photos here]

Harry Jennens and Kate Larnder saw the People’s Climate March as an opportunity to make friends and collect petition signatures for their new Healthy Futures network. They organised a health sector catch up after the rally with allies in Doctors for the Environment Australia and the Climate and Health Alliance. They also organised for photos to be taken at a CAHA seminar prior to the March with people holding signs prepared for the march. [Photos here] 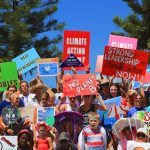 Cherry Muddle was one of several lead organisers for the Airlie Beach People’s Climate march and handled the media, communications, photography and indigenous liaison with the Ngaro people.

Kajute O’Riordan was the on the national organising committee, led the planning phase, and stage managed the Melbourne march. 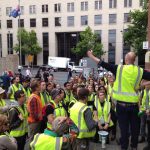 coordinated about 80 volunteer marshals. Michael’s main role was to use the lead up to the march as a vehicle for building capacity in his two target electorates. He helped local groups put on screenings and ran a weekly phone bank in one of the electorates. In the lead up Michael and Jane Stabb coordinated a ‘geographic organising hub’ for local groups that included door-knocking. Jane’s organisation (Environment Victoria) managed promotion in target areas, relying on partnerships with Victorian conservation groups. They liased with local groups using organising tactics that included doorknocking and phone calls.

Gemma Plesman (AMCS) was a member of the organising committee in Brisbane.  She managed the social media for the rally, organising photographers, collating thousands of incredible photos and uploading the hundred best to a shared dropbox. Gemma created share graphics and posted on social media throughout the day during the rally. Since the march, Gemma has organised a series of Peoples Climate Talks in Brisbane to coincide with the Paris COP. [Photos here]

Josh Creaser helped organise the first local discussions amongst groups that kick-started preparation for the Canberra march. He was on the coordinating committee and chipped on a range of elements and played a lead role in the People’s Parliament action, a planned follow up to the marches.